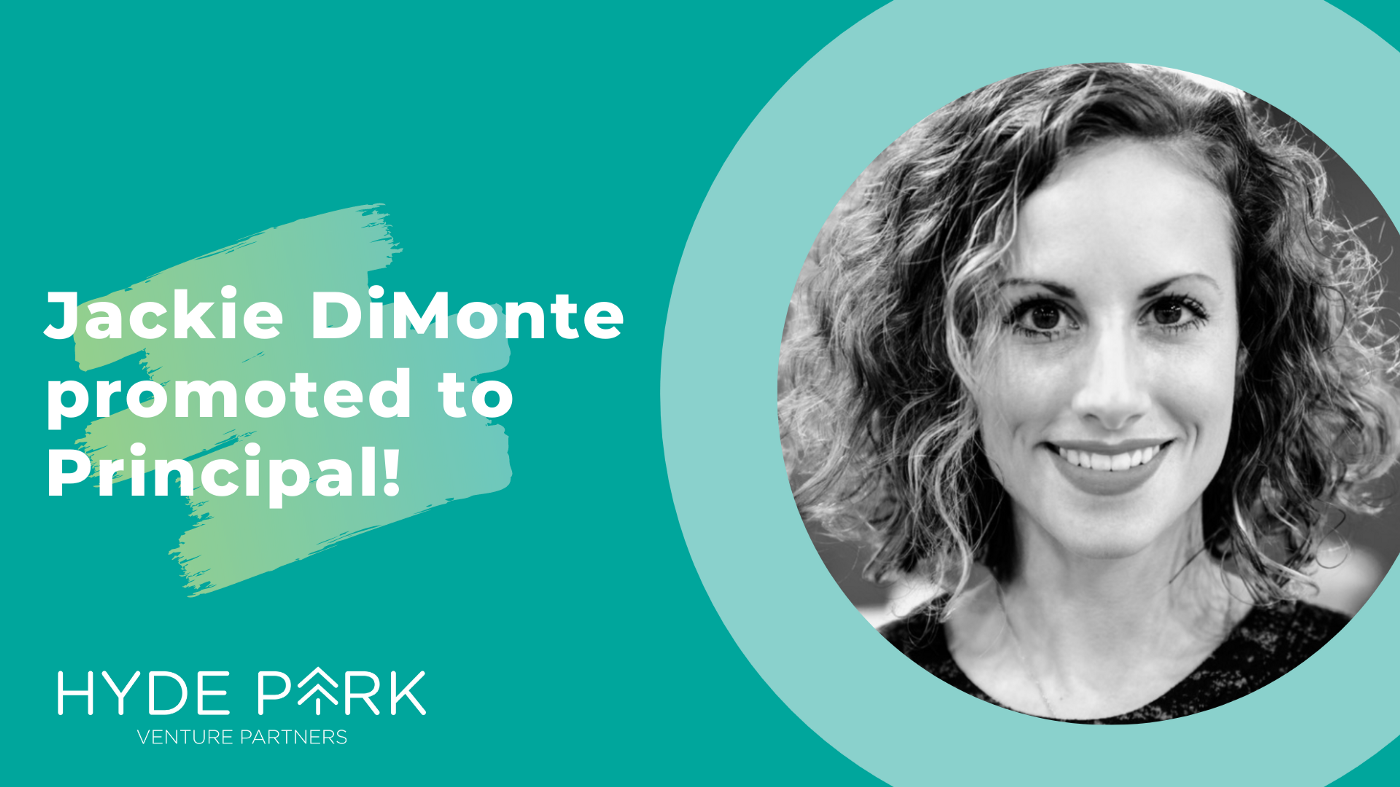 As we often discuss with our portfolio teams, the biggest tell that someone is ready for the next role on a team is when they have already assumed that role without being asked. Of course, such contribution and impact should also be celebrated publicly and formally, so we are thrilled to announce that Jackie DiMonte has been promoted to Principal!

Jackie joined our team nearly five years ago in the early days of our second Fund. Jackie quickly impacted our Mid-Continent investment strategy by championing HPVP in Wisconsin, Ohio, and the Atlanta startup markets. In particular, Jackie has established a strong personal brand among Atlanta entrepreneurs largely through her work on our Atlanta-based investment, RoadSync, where she serves as a board observer. Robin Gregg, the CEO of Roadsync says of working with Jackie,

“Jackie DiMonte has been a fantastic partner to RoadSync — extremely helpful, always insightful, and often my first call for advice. Jackie’s superpower is that she is honest, unfiltered, and direct — telling you what you need to hear while making sure you know she is on your side.”

In addition to RoadSync, Jackie serves as a Board Observer at Podchaser and has been heavily involved in our investments in Fixer, PartySlate, and Landscape Hub.

In addition to Jackie’s direct investing work, she has become a leader in startup community building and advocating for equity and diversity in tech. Jackie is a co-founder and serves on the board of Chicago: Blend, a midwest VC initiative driving Diversity & Inclusion across Chicago VC firms and startups, and she is a member of AllRaise’s Visionary Voices, a speakers bureau increasing diverse representation at events and in media coverage. Jackie is also on the board of Starting Block Madison, the preeminent hub for entrepreneurship and startups in Madison. Jackie authors her own blog, Day by Jay, which analyzes current tech trends and markets. Day by Jay has been featured in FemStreet, a widely-read weekly newsletter on women in tech and venture capital.

Jackie is an integral part of Hyde Park Venture Partners and our work with high-growth technology startups. She brings an eye for great founders and exceptional companies and has grown into a powerful voice supporting founders across industries. Both our team and the entrepreneurs Jackie works with find themselves smarter and stronger for her partnership, and we’re thrilled to recognize that with her new role as Principal at Hyde Park Venture Partners. Congratulations, Jackie!